This year I am planning to read ten twentieth-century books which have not been made into films or television programmes but are excellent books anyway.  The book I wanted to read during February needed to have been published between 1900 and 1909, and I found this gem:

The Shuttle by Frances Hodgson Burnett ~ Published in 1907

Available at Auckland Libraries as an eBook
Available in very abridged form (i.e. story is spoilt) from Persephone Books in the UK
Available free at Project Gutenberg: https://www.gutenberg.org/files/506/506-h/506-h.htm

Here’s a confession – I haven’t read The Secret Garden. It’s on my I-must-get-around-to-reading-that-book-one-day List. But I was surprised to discover that Frances Hodgson Burnett wrote for adults as well as for children. She was born in Manchester in 1849 and her family moved to the United States when she was a teenager. She became a very successful writer, publishing both plays and novels, including The Shuttle in 1907.

‘The Shuttle’ of the book title is referring to the ships that carried passengers between USA and UK in the late nineteenth/early twentieth century. There were many very wealthy American families looking for husbands for their daughters of marriageable age. At the same time there were many impoverished aristocracy in England looking for wealthy brides for their sons.

If you have watched Downton Abbey you will remember that Lady Cora is American, she would have been one of those heiresses. Winston Churchill’s mother was American too. And probably the most famous of these American heiresses was Nancy Astor who became Britain’s first woman M.P.

Anyway, I digress… Back to my book.

The Shuttle starts telling the story of an American heiress who marries an impoverished British aristocrat. At first things don’t go too well, but enter Bettina! I love Bettina! She is a fabulous heroine. She is wise, kind, capable, discreet, sensible, brave … she is everything you want her to be. And she is never annoyingly smug or goody-two-shoes. She’s great! 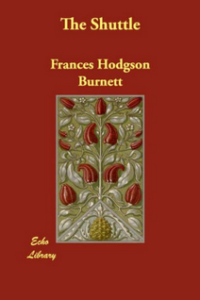 When I had finished the book, Bettina stayed with me; after all, Bettina was bringing out the best in me, as she did with almost everyone she met.

If you decide to read this book, write to me and let me know. And if you have recommendations for books to read, I am interested. Write to me: stephanie at homeschoolfamilylife dot com

Also, one book-loving reader has suggested to me: Lord of the World by Robert Hugh Benson, written in 1907. So I am reading that now.

During March I will be reading a worthy book published between 1910 and 1919 – one that’s not been made into a movie or television series, and I will report back next month.